The police force in Spain is divided into 3 separate organisations, two of which are represented in Nerja. The Guardia Civil wear green uniforms and are responsible for national security, customs and crowd control at large events. Their ‘trafico’ department patrol the main highways. During the summer months there are frequent traffic controls and drivers are advised to always carry some form of identification and a valid driving license.

If you should be unfortunate enough to be the victim of a crime, the Guardia Civil are the ones to contact in the first instance. Translators are available at the police station.

The Guardia Civil station is on calle San Miguel, at the corner of calle America and almost directly opposite the Mercadona supermarket. 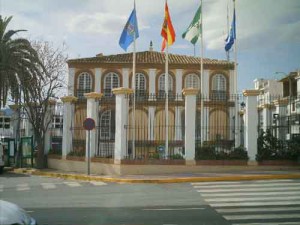 The Municipal or Local Police wear black and white uniforms. They are responsible to the mayor and Town Hall in each municipality and their main duties include local traffic control and parking violations.

These are the ones to contact if you’re car gets towed!!

All branches of the police force are armed.

The Municipal Police station is on Avenida de Pescia, next to the BP garage and just past Plaza Cantarero.

The National Police usually wear a black uniform and white shirts, although in some areas you may see a blue military style uniform. Their duties include guarding public buildings, the Royal Family and Government figures.

They deal with most criminal investigations, important to know if you are unfortunate enough to be the victim of a crime. If this is the case, the procedure is to make a ‘denuncia’ (statement) at a police station. They will issue a copy for insurance company purposes or for banks if credit cards are involved.

There is no National Police presence in Nerja, the nearest representation being in Torre del Mar.