The city of Palma on the Balearic Island of Mallorca is the first in Spain to ban homeowners from renting out their properties to tourists.

The popular Mediterranean holiday hotspot has like other tourist destinations in Spain been struggling with the consequences of mass tourism that has led to packed city centres and soaring rents.

The local governing team made up of an alliance of various political parties made the decision to ban people from renting out their properties using online hospitality broker AirB&B after commissioning several studies into the impact it was having on the city. 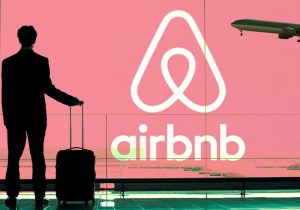 “Palma is a bold and decisive city,” said Mayor Antoni Noguera. “We agreed on this on the basis of the general interest, and we believe that it will create a trend in other cities when they see that finding a balance is key.”

Studies have shown that the number of unlicensed apartments for rent had risen 50% between 2015 and 2017 pushing up prices while also leaving a lack of affordable rental properties for locals.

The ban which will come into law in July will prohibit people from renting out units in multi-family apartment buildings but will not include detached, single-family homes.

Other Spanish cities and towns are also talking about banning AirB&B, so it may just be a matter of time before resorts on the Costa del Sol follow Palma’s lead.