Such an unusual sight to see only one of the ice cream carts on the Balcon de Europa for the past few days. I can’t recall this having happened for many years. Could the rumoured decades-long family feud be over?

It certainly must be something serious.

Another surprise was to see the Moroccan hashish dealer back on the Balcon de Europa after an absence of a couple of years, at least. He used to be almost part of the furniture for many years, always either loitering in expectation or wandering up to passers-by mumbling ‘hashish, hashish’.

Wonder here they park the oxen?

One gets the distinct impression that the vast majority of townsfolk, of all nationalities, are almost totally underwhelmed by the upcoming municipal elections. Many would probably be totally apathetic, but they just can’t be bothered. Hardly surprising, really.

It never seems to make a blind bit of difference who is in power, at least not for the man in the street. Or woman, for that matter. Person in the street? The only ones who continue to prosper are the politicians themselves. Ever see a politician on the poverty line, struggling to make ends meet? Many probably make more in ‘extras’, such as ‘attendance allowances’ than some in full time employment.

Any government in power for a long time becomes complacent, self-serving and stagnant, they become far too comfortable. Change of some sort is necessary to bring in new ideas or a fresh approach. At the very least, any political party needs a jolt or a swift kick up the Khyber to remind them that we are still watching, albeit with apathy, and that they are not in a ‘job for life’ as some seem to believe.

But what if things do change? Will it be any different? Unlikely, it never is. The interests of the party, party doctrine and the desire to stay in power always take precedence over the interests of the people. Always have, and probably always will.

There is also the additional problem of the structure of local government, with municipal, provincial and regional governments.

If, as seems widely to be expected, the regional government changes political colour and Nerja, for example, does the same, we would be in exactly the same paddleless boat, nothing significant would get approved and the party bickering would continue. A dilemma.

Regardless of whether it will make any difference, do make sure you vote on May 22nd. At least it will give you the right to have a good whinge now and again, if nothing else.

Changes seem likely soon at the Dubliner Bar in Plaza Tutti Frutti and Bar 19 just off avenida Castilla Perez if rumours are to be believed. That’s change of ownership.

Bars and restaurants are coming, going and changes hands at an amazing rate recently, but at least people are giving it a go which is an encouraging sign. 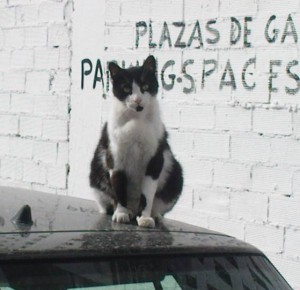