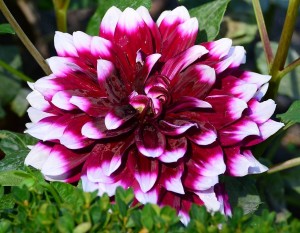 The Royal Botanical Garden of Madrid – Real Jardín Botánico de Madrid – is an 8-hectare botanical garden located near Plaza de Murillo, next to the famous Prado Museum in Madrid and is a great place to spend a leisurely couple of hours, especially if the sun has got its hat on.

The garden was founded on October 17th 1755 by King Ferdinand VI, and installed in the Orchard of Migas Calientes, which is near what today is called Puerta de Hierro, on the banks of the Manzanares River. At this time in its history it contained more than 2,000 plants collected by José Quer y Martínez, a botanist and surgeon.

The garden was founded on October 17th 1755 by King Ferdinand VI, and installed in the Orchard of Migas Calientes, which is near what today is called Puerta de Hierro, on the banks of the Manzanares River. It contained more than 2,000 plants collected by José Quer y Martínez, a botanist and surgeon.

In 1774 King Carlos III ordered the garden moved to its current location on the Paseo del Prado. It was designed by architects Francesco Sabatini and Juan de Villanueva and is organized into three tiered terraces, arranging plants according to the method of Linnaeus.

This new site opened in 1781 with the aim of not only exhibiting plants, but also to teach botany, promote expeditions for the discovery of new plant species and classify them. The herbarium is now the largest in Spain.

In 1794 the garden was greatly augmented by a collection of 10,000 plants brought to Spain by Alessandro Malaspina.

The garden is very well structured and everything is well labelled, a boon for amateurs like me.

The Spanish War of Independence in 1808 caused the garden to be abandoned, but in 1857 director Mariano de la Paz Graëlls y de la Aguera revived it with a new greenhouse and refurbishment of the upper terrace. A zoo was created in the garden but was subsequently relocated to the Parque del Buen Retiro.

Since 1939 the garden has been dependent on the Spanish National Research Council (CSIC) and in 1942 was declared an Artistic Garden. In 1974, after decades of hardship and neglect, the garden was closed to the public in order to restore it to its original design and it finally reopened in 1981.

Today’s garden is divided into three major outdoor sections and two greenhouses and houses around 30,000 plants and flowers and 1,500 trees.

The various terraces are organised as follows:

Terraza de los Cuadros – collections of ornamental plants, medicinal, aromatic, endemic and orchard gathered around a small fountain. All are planted in box-edged plots. At its southern end is a rock garden.

Terraza del Plano de la Flor – a diverse collection of trees and shrubs, as designed in the mid-nineteenth century in the romantic English style. It contains the Villanueva Pavilion, built in 1781 as a greenhouse, and a pond with bust of Carl Linnaeus.

There is also an abundance of birds, including wild parakeets, butterflies and the occasional red squirrel.

The garden is open to the public every day of the year, except December 25th and January 1st.