A wildfire is raging in Competa, with 17 aerial units, firefighters and various technicians working to control the blaze which can be seen from Nerja.

The fire began at around 13:00 today, Sunday, and at 14:52  was declared Level 1 under the Emergency Plan for Forest Fires. Residents in urbanisation Las Colmenillas, Tejarillo, houses near the football field, Cruz del Monte and the Fabrica de la Luz area have been evacuated as a precautionary measure.

The fire appears to have started in the Sierra de Tejeda mountains just to the north of Competa. The photos were taken in Nerja.

Update: The fire was brought under control at 21:00 on Sunday and some of the 500 people evacuated from the area are gradually returning to their homes.

Around one hundred hectares of land have been destroyed by the fire. 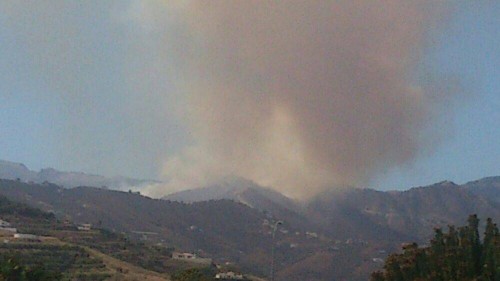 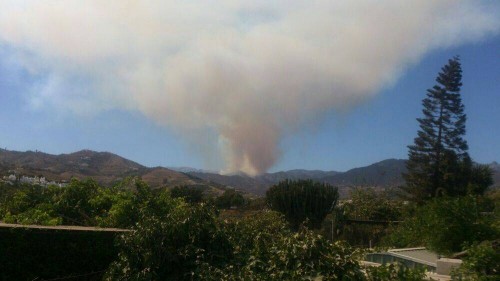 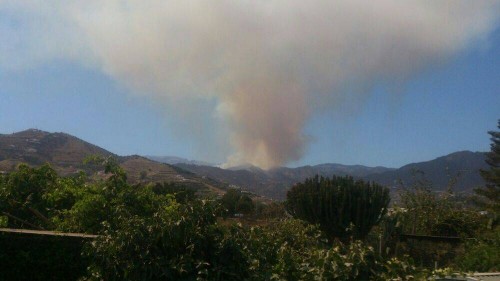