The Costa del Sol town of Benalmádena has produced an eight-minute film for the Fitur tourism fair in Madrid and showed it of today at the exhibition.

The tourism team decided to feature some of Malaga’s spectacular locations that could be used in James Bond movies. The first scene in the video is filmed on the beach near to Bil Bil castle where rather than Ursula Andress in the 1962 film Dr No,  Héctor Meres emerges from the water capturing González’s attention.

A gold course comes into play just like in Goldfinger, while a cable car ride in the footsteps of moonraker takes place on Mount Calamorro.

The fair scene in The Living Daylights is replicated at Tivoli World while Bonds famous casino scenes take place in the Hotel Torrequebrada.

Not only Benalmádena but all of Malaga province is a perfect fit for any James Bond movie with its stunning scenery and exciting attractions. 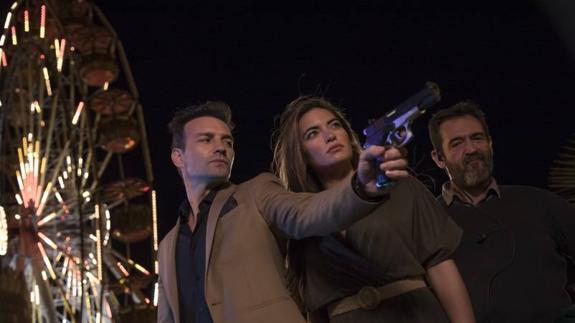 In fact, we could say that Malaga is attracting interest from film companies around the world after an upcoming American fantasy drama  and scenes for the Netflix hit, The Crown were recently filmed here.