After the overnight rain and overcast skies this morning, it did not look good for the Day of the Bicycle, but it cleared up nicely and out came all the bikes. Cool in the shade but quite warm in the direct sunlight.

A lot of un-numbered or un-registered participants but it didn’t look like it was going to be a new record number of entrants this year, most likely because of the weather. Highest number I saw was in the 1,700’s.

A good turnout, though, and a bit of non-competitive fun for all concerned. Although maybe not for one poor entrant whose saddle flew off after just 100 metres and he spent the next half hour trying to fix it. 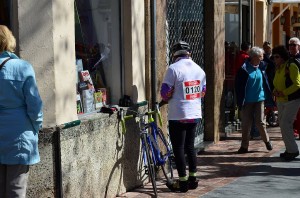 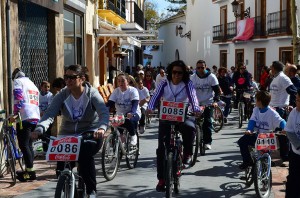 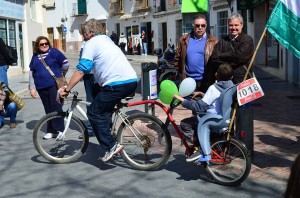