As a way of financing a new underground bus station on the other side of María Zambrano train station, Malaga will allow the building of a 29-floor office tower and a 19 story hotel.

According to plans commissioned by city hall, Malaga is moving ahead with plans to build a new bus station which will be financed by money raised from the sale of the land on the current bus station site. Plans also include the building of a second smaller bus station that will be linked to the cities two metro lines.

Mayor of Malaga, Francisco de la Torre also hopes that the city will eventually be able to add a tunnel running along the coast from the Guadalmedina river to La Malagueta. 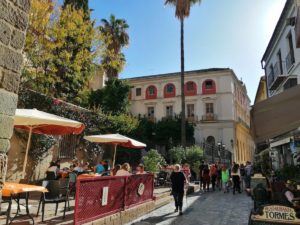